Advances in Urology - Center for Male Reproductive Medicine and Microsurgery

Marc Goldstein, MD, is fond of saying, "I have a son and two granddaughters, but every time I get a call that one of my couples who I've treated is pregnant, it feels to me like it's one of my own. So, when anyone asks how many children I have, I tell them I have 5,000!"

That is no idle claim for Dr. Goldstein, Director and founder of the Center for Male Reproductive Medicine and Microsurgery at Weill Cornell, who is internationally renowned for his pioneering work in vasectomy reversals and seminal contributions to the field of male microsurgery. Throughout his career, he has performed more than 1,000 microsurgical vasovasostomies and vasoepididymostomies. Dr. Goldstein's technique of microsurgical vasectomy reversal yields the highest reported sperm return and pregnancy rates. And he was the first American surgeon to be trained in, and perform, the Chinese method of no-scalpel vasectomy, which he subsequently taught to several generations of urology residents and practicing urologists. Today this technique is considered the gold standard approach of vasectomy. 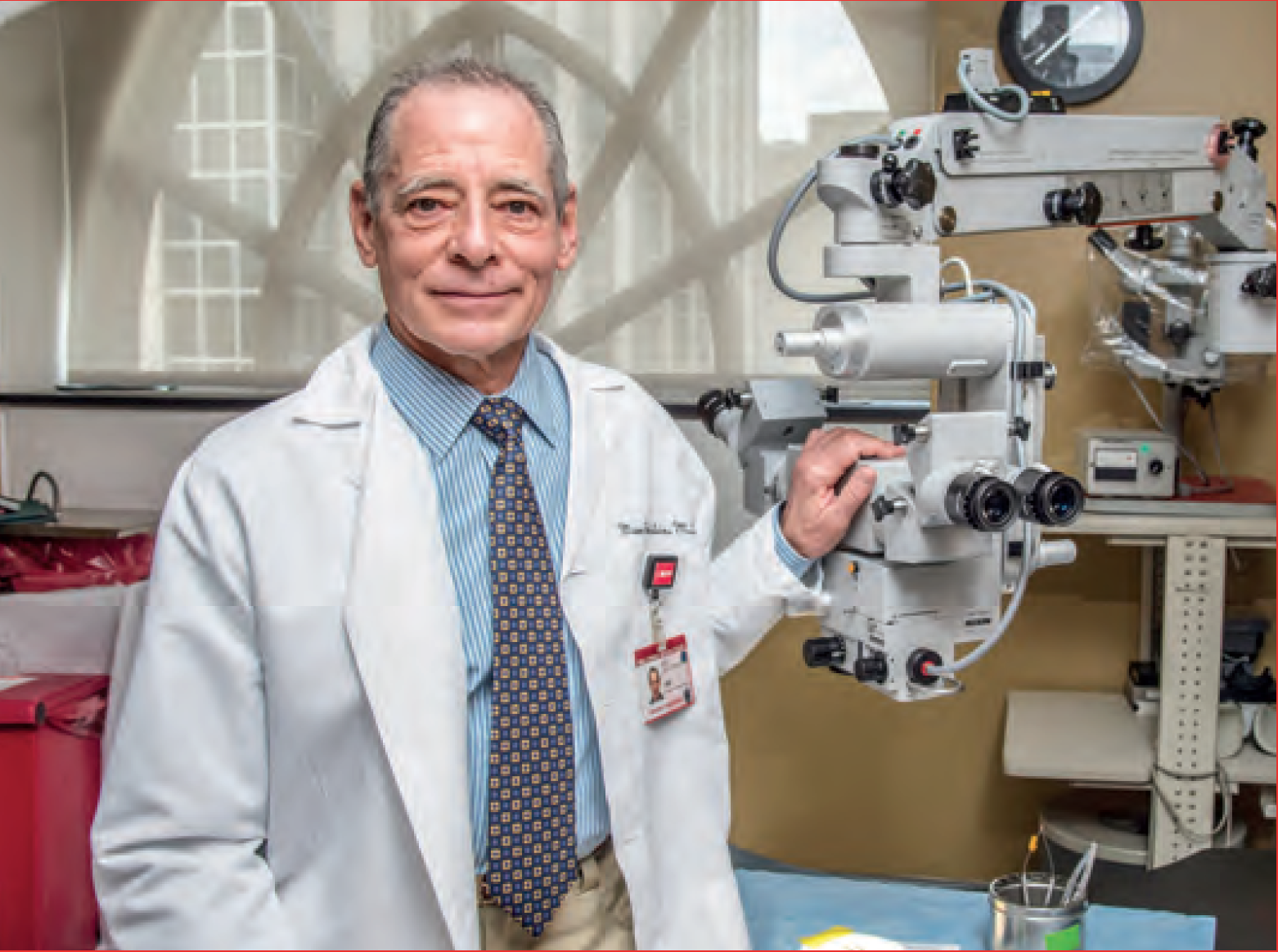 "When I was a Fellow at Rockefeller University, there were no specialists in male reproductive medicine and microsurgery," says Dr. Goldstein. "The major textbook of urology, then called Campbell's Urology, put the chapter on male infertility at the very end. We know it takes one sperm and one egg to conceive, so logic dictates that half of the time the problem is with the female and half of the time it's with the male.

Although, when you look at the statistics, it breaks down that a third of infertility is pure male – a fact often ignored – a third is pure female, and the other third is a mixture of female and male." Notably, for over 25 years, Dr. Goldstein authored the key chapter on surgery for male infertility in Campbell-Walsh Urology.

Dr. Goldstein joined the Department of Urology at Weill Cornell in 1982, establishing the Center for Male Reproductive Medicine and Microsurgery, the first university center in the United States devoted exclusively to male infertility treatment and research, and the first to join with the in vitro fertilization program at Weill Cornell to provide coordinated, collaborative care for the infertile couple.

A unique aspect of the Center is its close collaboration with the Ronald O. Perelman and Claudia Cohen Center for Reproductive Medicine of Weill Cornell Medicine and NewYork-Presbyterian – which specializes in female infertility – under the direction of Zev Rosenwaks, MD. "Unlike other programs that just focus on the female and only bring in urologists if they need to find sperm, we meet monthly and discuss the couples that we share," says Dr. Goldstein. "Providing coordinated care for the couple, rather than isolating the males and the females, is one of the real keys to our ability to help couples that can't be helped in most other centers."

"Dr. Peter Schlegel, who is Urologist-in-Chief at Weill Cornell and a member of the Center, developed a technique for men who have no sperm because they're not producing any," says Dr. Goldstein. "He found that by using a microscope, he could find tubules that were a little bit thicker than the ones inside the testicle that lack sperm. The thicker tubules tend to have sperm. Dr. Schlegel has among the best success rates in the world using this approach."

Of his own contributions to the field, Dr. Goldstein is proud of the technique he devised for repairing varicoceles and has performed over 4,000 microsurgical varicocelectomies with the lowest failure and complication rates reported in the peer-reviewed literature. In addition, one of the benefits of this repair is an increase in a man's own testosterone levels, which is a long-term health benefit. Dr. Goldstein, who also developed a new method of fixing blockages of the epididymis, says, "The success rate used to be dismal, but now we have an 80 percent return of sperm rate and a 50 percent pregnancy rate."

The vasectomy reversal developed by Dr. Goldstein has success rates of over 95 percent for return of sperm, and he also developed a technique for the miscrosurgical removal of malignant testicular tumors without having to remove the whole testicle. In recognition of his pioneering microsurgical work, Dr. Goldstein received the 2016 Distinguished Surgeon Award of the Society of Reproductive Surgeons at the 2016 Annual Meeting of the American Society of Reproductive Medicine.

"We've been asked why we bother to evaluate the infertile male as long as he has any sperm and there are several very good reasons," says Dr. Goldstein. "First, the incidence of genetic abnormalities is 30 to 100 times higher in the infertile male. The most common ones are Klinefelter syndrome, which is 47,XXY, in which a man has an extra X chromosome. There is also a much higher incidence of testis cancer. Research shows that the incidence of testicular cancer in men who have male factor infertility is 3 to 10 times higher than men the same age who don't have infertility."

"Every year I pick up three or four cases of testicular cancer in men that have already gone through IVF because they were told they didn't need to see a urologist as they had enough sperm to get pregnant," continues Dr. Goldstein. "If discovered early, the chances for cure and for preserving fertility are much higher. This is another reason why urologists should have patients with low sperm counts checked."

Over the years the Department of Urology has graduated more than 20 fellows in male reproductive medicine and also provides special training for international physicians. Eager to use each clinical encounter as a teaching opportunity, Dr. Goldstein gladly shares his expertise through informative discussions with residents and fellows at all levels of training. In recognition, the American Society of Reproductive Medicine awarded Dr. Goldstein the Kavoussi Family Outstanding Teacher Award at the ASRM 2017 Scientific Congress. Dr. Goldstein, who has authored or co-authored more than 300 journal articles and book chapters on male infertility, also wrote Surgery of Male Infertility, one of the first textbooks to focus directly on this subject.

Despite the accolades, Dr. Goldstein admits to being a bit "old school" in some ways. "Ninety percent of the time I can make a diagnosis and come up with a treatment plan by eliciting a good history and performing a good physical exam," he says. "That's one of the nice things about my field. The male reproductive tract is particularly amenable to examination as it is outside the body rather than inside as the female organs are. By talking to a patient and examining him, and then doing some of the simple semen testing myself, I can usually figure out what's going on. Every year we help more and more couples to conceive than we ever could before. It is very gratifying."