A surgically implanted device used to regulate bladder and bowel control often requires additional operations to repair or replace it, according to a new study by Weill Cornell Medicine and NewYork-Presbyterian investigators.

The device, a sacral neuromodulator, stimulates the nerves that lead to the bladder, bowels and pelvic floor, helping to regulate the need to urinate and pass stool. The study, published Feb. 14 in JAMA Surgery, found that one in three patients required additional surgeries, or reinterventions, within three to five years of their initial procedure, largely because of device failure or malfunction.

Because use of sacral neuromodulators has increased by 3.5 times in the last five years, a formal registry of data showing which patients respond well to the device and which are prone to higher failure rates is needed, said first author Dr. Bilal Chughtai, an associate professor of urology at Weill Cornell Medicine and a urologist at NewYork-Presbyterian/Weill Cornell Medical Center. This can help doctors develop better treatment recommendations and allow patients to avoid repeat surgeries. 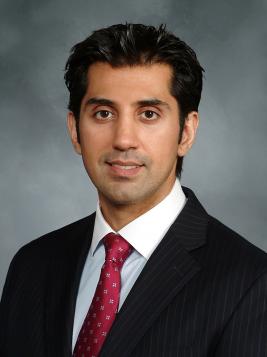 “Our study results were somewhat surprising,” Dr. Chughtai said. “The rates of reintervention were much higher than I thought they would be, especially when considering the low rates acknowledged by manufactures. However, some patients do well with the device, so the technology should not be ruled out as a treatment for bladder and bowel dysfunction.

Roughly 33 million Americans have overactive bladder (OAB), resulting in the sudden need to urinate, according to the Urology Care Foundation. Additionally, the inability to control bowel movements, or fecal incontinence, affects more than 5.5 million people, according to the American College of Gastroenterology.

Most patients are treated with fluid or dietary changes, then second-line treatments including medications for this type of urinary problem. Those who don’t find relief are candidates for third-line therapies such as Botox™ injections into the bladder, or sacral neuromodulation, said Dr. Art Sedrakyan, senior study author and a professor of healthcare policy and research at Weill Cornell Medicine. Dr. Chughtai has served as a consultant for Allergan, which is the manufacturer of Botox™.

In their study, the investigators evaluated data from 4,946 patients in New York State diagnosed with bladder or bowel problems who received Medtronic’s sacral neuromodulator implants between 2008 and 2015.

“We were able to study this device using a very large number of patients with a longer follow-up time than any previous randomized clinical trials,” Dr. Sedrakyan said. “It is the first large-scale study of this kind.” 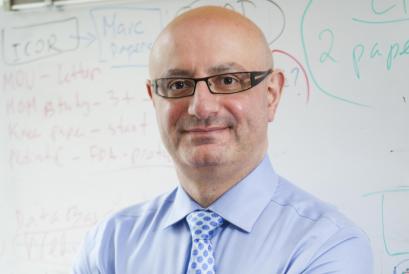 Reinterventions were performed in nearly 14 percent of patients within the first year, 26 percent within three years and 38 percent within five years following device placement. By contrast, information from device manufacturers state that reinterventions may be necessary in only 2 percent of patients during a three-year period, Dr. Chughtai said.

“These numbers are likely underestimated,” Dr. Chughtai said. “We only captured interventions—not instances in which patients’ devices failed but were not replaced or removed—in our study.”

The majority of reinterventions in the study were necessary because the original device failed or malfunctioned. In addition to helping determine which patients can still benefit from a sacral neuromodulator, device registry data can help with risk communication between clinicians and their patients. “We want to help patients find the best therapy for them,” Dr. Sedrakyan said.

Moreover, researchers and clinicians need detailed information on how the device can fail so manufacturers can improve the technology and update guidances on product use, Dr. Sedrakyan said. “We want to encourage innovations in sacral neuromodulation to provide better treatment for patients.”