At Weill Cornell Medicine, Department of Urology, Center for Reproductive Medicine & Microsurgery, our top priority remains the care of our patients. During the COVID-19 pandemic, we are emphasizing the use of Video Visits to provide a safe, effective, secure, and convenient way to provide patient care. Video Visits allows us to continue to fulfill our mission to provide best-in-class care for all of our patients.

New and existing patients will have direct access to Dr. Goldstein through a smartphone (preferred) or computer. Our patients will receive instructions to a unique, secure, and private link to access the Video Visit session once the appointment is scheduled.

Nearly all of our visits are being performed via Video Visit at this time. During the Video Visit with Dr. Goldstein, he will determine if an in-person office visit is needed.

Dr. Goldstein is the only male infertility specialist cited in the American Health Magazine special issue on The Best Doctors in America.  He is listed in the New York Times Magazine Super Doctors (2015 Issue).  He is listed in the books Best Doctors in America (2013), The Castle Connolly Guide America’s Top Doctors (2016 for thirteen consecutive years) and How to Find the Best Doctors, New York Metro Area (2015), as well as America’s Top Surgeons (2015).  He is a board certified urologic surgeon and member of a dozen national and international medical societies dealing with male infertility and reproduction.  He is Past-President of the Society for Male Reproduction and Urology of the American Society for Reproductive Medicine, and recipient of the 1997 Master Teacher in Urology Award and the 2002 Distinguished Alumni Achievement Award from his alma mater.  He has been honored by RESOLVE and the American Infertility Association for his “Outstanding Dedication and Commitment to Family Building”.  He received the 2002 John Kingsley Lattimer Award in Urology from the Kidney and Urology Foundation of America and is the recipient of the 2007 Lifetime Achievement Award of The American Fertility Association.  He received an honorary Doctor of Science in 2008 from the State University of New York, Downstate Medical Center.  In 2009, he received the John Coleman, M.D. Teaching Award from the Department of Urology at Weill Cornell Medical College.  On the occasion of SUNY Downstate’s 150th anniversary in 2010, he was named one of the 150 most distinguished graduates in the history of the Medical College.  He is the recipient of the 2016 Distinguished Surgeon Award from the Society of Reproductive Surgeons.

Dr. Goldstein is internationally renowned for his pioneering work in vasectomy reversals and microsurgical repair of varicoceles and blockages.  He has performed over 1,000 microsurgical vaso-vasostomies and vaso-epididymostomies.  His technique of microsurgical vasectomy reversal, as published in a peer-reviewed journal, yields the highest reported sperm return and pregnancy rates.  He developed a microsurgical technique of varicocelectomy in 1984 and has performed over 3,500 cases with the lowest reported failure and complication rates.  He was the first American surgeon to be trained in, and perform, the Chinese method of No-Scalpel Vasectomy.  He has introduced the microsurgically assisted inguinal hernia repair which significantly reduces complications and failures.

Dr. Goldstein has authored or co-authored over 300 journal articles and book chapters. He is the author of Surgery of Male Infertility, the first textbook on the subject.  He is co-author of The Couple’s Guide to Fertility (Broadway/Random House 2001, 3rd edition), The Vasectomy Book (Houghton Mifflin), Reproductive Medicine Secrets (Hanley & Belfus, 2004), A Baby at Last (Simon & Schuster 2010), and with Peter Schlegel the new Male Infertility (Cambridge University Press, 2013).  He is on the editorial board of the medical journals Microsurgery and Fertility and Sterility.  He has also been featured in interviews on numerous major media outlets including NBC’s The Today Show, ABC’s Good Morning America, ABC’s Eyewitness News, Newsweek, The Wall Street Journal and The New York Times.

A summa cum laude graduate of the College of Medicine, State University of New York – Downstate Medical Center in Brooklyn, New York, Dr. Goldstein worked as a resident in general surgery at Columbia Presbyterian Hospital in New York.  After three years overseas in the U.S. Air Force, attaining the rank of Major and flying in F4 Phantom aircraft as a Flight Surgeon, Dr. Goldstein was trained in urology at Downstate Medical Center.  He continued his post-graduate training in reproductive physiology as an AUA scholar at the Population Council, Center for Biomedical Research, located on the campus of Rockefeller University, and at the Rockefeller University Hospital.

Drawing on his Air Force experience, Dr. Goldstein was one of the first surgeons to routinely employ checklists in the operating room to reduce errors and complications.

Dr. Goldstein is a long distance runner and triathlete who races regularly and has completed 20 New York City Marathons. 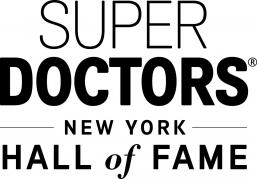