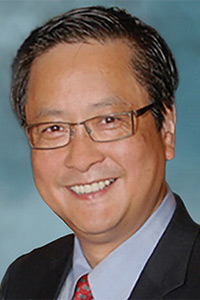 Dr. Li has been working with Drs. Marc Goldstein and Peter Schlegel at Cornell for over 30 years. He is an internationally recognized expert in no-scalpel vasectomy (NSV) and a leading researcher in male infertility microsurgery. He has been one of the key figures in developing the surgical manual and protocol for the NSV technique, which has become the most popular vasectomy technique in North America.  He shares his vast expertise by training several hundred urologists to perform NSV and male infertility microsurgeries worldwide.

He was recognized for the 30-Year Employees Milestone Service Award by Weill Cornell Medicine in 2020. Also, he received the 10-Year ASRM Service Milestone Award to honor his service on the American Society for Reproductive Medicine (ASRM) boards and committees in 2020.  Also, he received a 20-Years of Outstanding Contribution Award from the Chinese Andrology Society in 2015. He received the Asian Distinguished Contribution Award for Men's Health by the Asian Association of Andrology in 2018. The Chinese Medical Doctor Association Branch of Andrology honored him with the award of "Dr. Guo Yinglu for Extraordinary Contributions Award to Andrology" in 2018, one of the most prestigious academic awards in the fields of  Urology and Andrology in China. He also received "The Best Editorial Peer-review Expert Award for "Dr. Jie Ping Wu's Urology"  by the Chinese Urology Association at its 2018 National meeting. He received the Distinguished Founder's Award from the Cornell-China Circle in 2019. He was recognized as one of the 2021 AUA Humanitarian Award Nominees by the Urology Care Foundation.

Dr. Li has authored and co-authored numerous manuscripts, including 165 peer-reviewed journal articles and book chapters;  and 11 books and surgical manuals. Dr. Li established the Cornell Brady Urology Studio in 1995. He has directed and produced 65 high-quality educational, medical videos on male reproductive medicine, including vasectomy, male infertility microsurgery, male circumcision, and public health. His videos have received numerous awards, including the Best Urology Video Prize (1998, 2006), First Prize for Technical Achievement (2013) by the American Society for Reproductive Medicine (ASRM), and the First, second, and third prizes (2002, 2003, 2009, 2010, 2013, 2020) at the Annual American Urological Association (AUA) national meetings. He also received the first prize video at the Society of Laparoendoscopic Surgeons (SLS) annual meeting in 2007.

He has been actively involved in and played critical roles in many highly respected research projects and clinical trials that resulted in five- cover page articles in the Journal of Urology (May 2003, December 2011, March 2012 and August 2012, and August 2014). He was also the first to create and release two innovative Smartphone Apps, "Learning Male Infertility Microsurgery Training" and the "ShangRing Male Circumcision Device Surgical Training," found and downloaded on both the Apple store and Google Play store. Dr. Li has been actively involved in the development and refinement of nearly all-male infertility microsurgical techniques currently used at Weill Cornell Medical College/New York-Presbyterian Hospital for treating male infertility. His recent pioneer works on the future 4K3D Video Operating Microscopy in male infertility microsurgery was highlighted on the AUANews in May 2019.

As a Principal and Co-Principal Investigator, Dr. Li and his team have been rewarded several multi-million-dollar grants from the Bill & Melinda Gates Foundation, Canadian Challenge Fund, and NIH of HIV prevention through male circumcision since 2011. By working closely with his mentor Dr. Marc Goldstein and his colleagues, Drs. Richard Lee, Dr. Li has and continues to play a critical leading role in several international randomized clinical trials and surgical training workshops for the ShangRing circumcision technique in Africa and China. They completed more than 8 RCT and clinical studies in Africa since 2010. His ShangRing male circumcision research project in Africa gained global attention. It was mentioned by Mr. Bill Gates in his 2012 annual report and featured in the WHO official pamphlets in 2012 and 2013. The ShangRing initially received WHO prequalification in 2015. Recently, the simplified no-flip ShangRing technique using topical cream anesthesia obtained WHO prequalification in March 2019. The significant impact of the ShangRing for global reproductive health and HIV prevention was also recognized and endorsed by the World Health Organization in August 2020.  The ShangRing project's work was listed by the United States President's Emergency Plan for AIDS Relief (PEPFAR) under the U.S. Department of State's website in February 2020, a significant contribution to the scale-up of male circumcision efforts in Africa.  The AUA invited him to give a state-of-the-art lecture, entitled "Urology and Global Health: Global Circumcision- WHO Cares" at the Opening Plenary session of the 2016 (AUA) American Urological Meeting, San Diego, CA. The African Union Commission invited him and his colleague, Dr. Richard Lee, to present their clinical research work in front of 25 African countries' leaders and representatives in Rwanda in November 2019.

Dr. Philip Li is a member of the American Urological Association (AUA), the American Society for Reproductive Medicine (ASRM), and the American Society of Andrology (ASA). Dr. Li served as a board member for the Membership Committee (2001-2002) of the American Society of Andrology. He is Vice President of the Asian Andrology Association. He is also a board member of the World Chinese Urology Society (WCUA) and serves as an Associate Editor-in-Chief of the National Journal of Andrology. He is also an editor for the Journal of Asian Andrology and consultant editor for the Journal of Asian Urology. Besides, he has proudly served as a board member for the Video and Award Committee of the American Society for Reproductive Medicine (ASRM) since 2010. At the 2013 ASRM meeting in Boston, he was a member of the Board of Directors of the Society for Male Reproduction and Urology (SMRU, 2013-2018). Dr. Li graduated from medical school in Chongqing, China, in 1983 and completed his surgery/urology residency training in Chongqing, China, in 1986. Before coming to the United States in 1988. Dr. Li had worked with and mentored Dr. Li Shunqiang, who is recognized as a prominent pioneer in clinical Andrology and known internationally as the No-Scalpel Vasectomy inventor (NSV) technique. From 1988 to 1991, Dr. Li was a post-doctoral fellow in male infertility and microsurgery at the Population Council, Center for Biomedical Research on the campus of Rockefeller University; with a joint fellowship at the Center for Male Reproductive Medicine and Microsurgery, Department of Urology, the New York-Presbyterian Hospital, Weill Cornell Medical College of Cornell University under the direction of Dr. Marc Goldstein. Since 1991, he has been part of the Urology Department faculty at Weill Cornell Medicine/New York-Presbyterian. In 2020, Dr. Li was recognized for the 30 Years of Service Millstone Award by Weill Cornell Medicine.

Among Dr. Li's well-decorated professional career at Weill Cornell Medicine, he has been a long-distance runner and completed the New York City Marathon (1997 and 1998) and the South Hamptons Marathon in 2019 and 2021. In addition, he is happily married to his wife of over 34 years and the proud father of four lovely daughters (two are adorable cats).