A newly discovered genetic mutation that is found in a subtype of prostate cancer is integral to the disease’s development and growth, according to research from Weill Cornell Medicine scientists. Their findings could pave the way for new targeted treatment approaches.

A mutation of the gene Speckle Type BTB/POZ Protein, or SPOP, occurs in about 10 percent of men with prostate cancer. Roughly 20,000 men per year in the United States will be diagnosed with prostate cancers harboring SPOP mutations. But until now, SPOP’s role in driving cancer was largely unknown. In a study published March 13 in Cancer Cell, researchers found in mice that the SPOP mutation leads to prostate cancer that grows in a distinctively different way from other common subtypes.

“This is important because now we have to think about SPOP cancers differently,” said co-senior author Dr. Mark Rubin, director of the Caryl and Israel Englander Institute for Precision Medicine and the Homer T. Hirst III Professor of Oncology in Pathology at Weill Cornell Medicine. “This may have implications for how people respond to treatment and how amendable they are to certain drugs.”

Prostate cancer containing the SPOP mutation was first discovered in 2011 by Weill Cornell Medicine researchers, who found that the malignancy has unique molecular features that characterize it as a distinct subtype.

“The key is we discovered these mutations several years ago, but because there are many mutations in cancer, knowing which ones are causing the disease and changing the biology of cells requires scientists to do some additional experiments,” said co-senior author Dr. Christopher Barbieri, an assistant professor of urology at Weill Cornell Medicine.

In the new study, the research team, which included doctoral student and first author Mirjam Blattner, showed that the SPOP mutation drives prostate cancer formation in genetically engineered mice. This is a critical step in understanding the importance of mutations found in human cancers, Dr. Barbieri said. Additionally, they demonstrated that the SPOP mutation activates two major pathways in prostate cancer — androgen receptor signaling and phosphoinositide 3-kinase (PI3K) signaling — which are both important to cell survival and growth, and are processes that contribute to malignancy.

The androgen receptor is one of the main signaling pathways that underlies the growth of the prostate and prostate cancer, said Dr. Barbieri, who is a member of the Sandra and Edward Meyer Cancer Center at Weill Cornell Medicine and a urologic surgeon at NewYork-Presbyterian/Weill Cornell Medical Center. Consequently, it is a main therapeutic target for men who have the disease. In recent years, researchers have shown that the androgen receptor works with the enzyme PI3K to promote prostate cancer cell survival.

Typically, these two pathways balance each other out, meaning the activation of one keeps the other in check and prevents cells from growing too out of control. “So, the fact that SPOP activates both pathways breaks the normal balance between the two, allowing cells to grow in an uncontrolled fashion,” Dr. Barbieri said.

Now that scientists have a better understanding of the signaling pathways that are activated in this prostate cancer subtype, “we could potentially design therapies for it or use combinations of therapies that already exist to successfully target the cancer,” Dr. Barbieri said.

The researchers are evaluating clinical trial data of patients being treated with androgen receptor antagonists and PI3K inhibitors to see whether they have SPOP mutations and how well they are responding to treatment. They’re also investigating new agents to directly target SPOP cancers, pursuing a precision medical approach to treatment.

“This is a significant advancement for precision oncology,” said Dr. Howard R. Soule, executive vice president and chief science officer of the Prostate Cancer Foundation, which helped fund the study through three research awards to Drs. Rubin and Barbieri. “Dr. Barbieri, Dr. Rubin, Blattner and team have identified the molecular mechanisms by which SPOP gene mutations, which define one of the most frequently occurring prostate cancer subtypes, drive prostate cancer. This provides a roadmap for developing precision treatment strategies for patients with this tumor type, which may shift towards improved outcomes.” 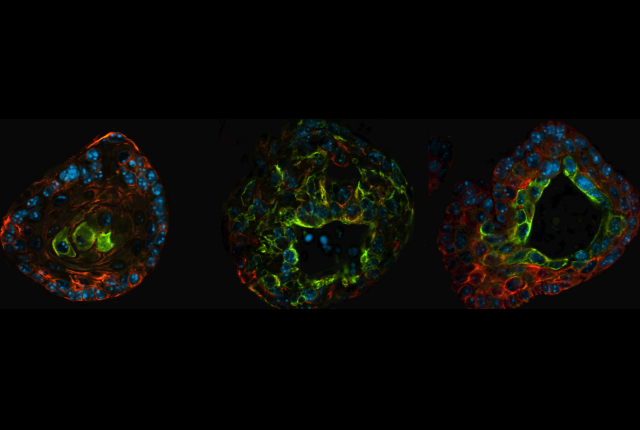